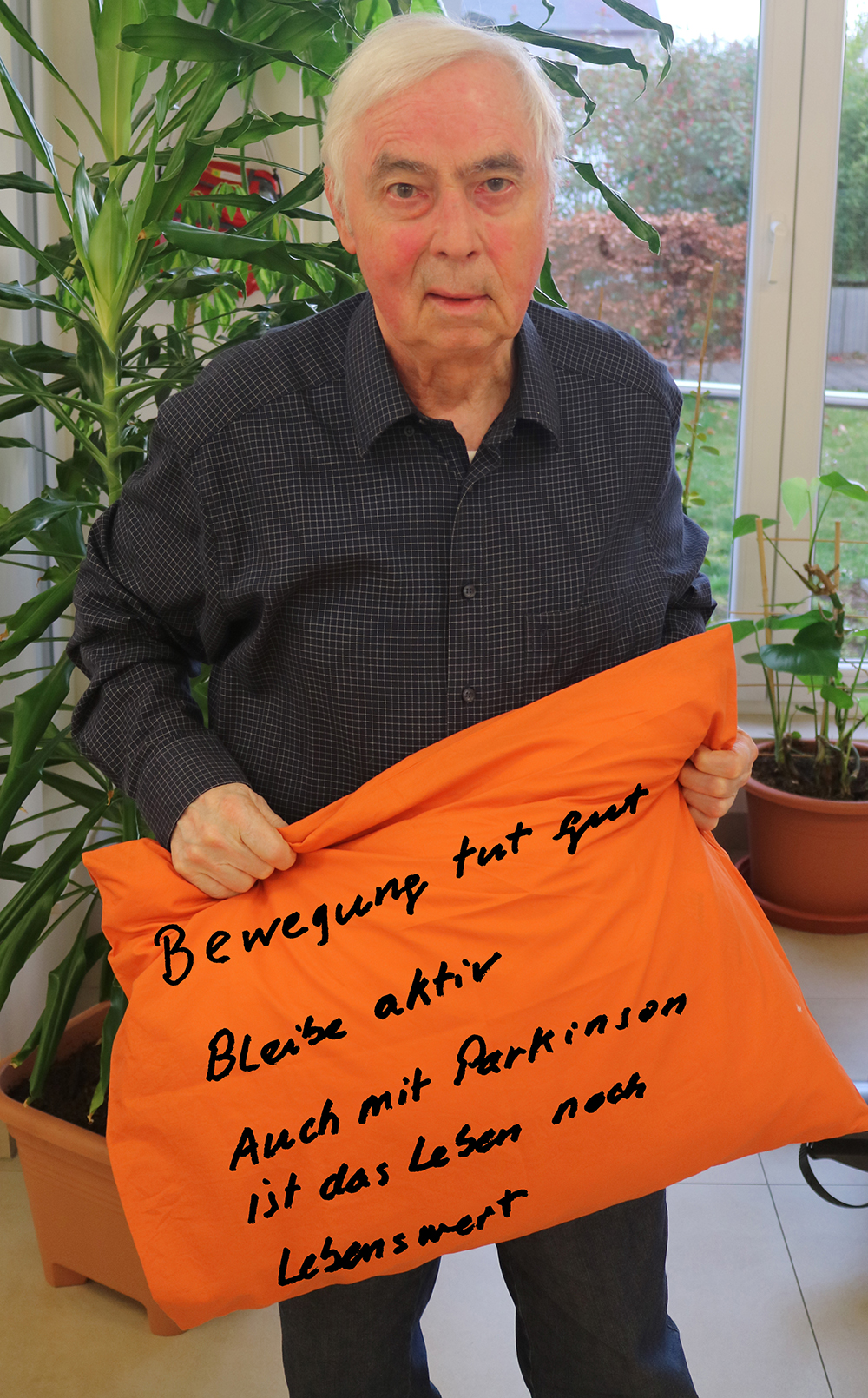 It started around 10 years ago: Suddenly my left foot would not stop trembling anymore. The physicians first interpreted this as Restless legs syndrome but the resulting treatment was unfortunately unsuccessful. Thus, I started to search for alternative explanations on the internet myself and at some point I thought: “Maybe it is Parkinson’s.” This assumption was then confirmed by the diagnosis of a neurologist. So I got a specific medication, which worked quite well in the beginning. But after a while the trembling became worse and spread to other parts of my body. Naturally, I was worried about it. How will it go on in the future? Luckily, I received lots of support from my family, friends and former colleagues, as I am still very active and do some volunteer work at the Beckerich’ Mill. Now, I have accepted my disease and don’t try to hide it any longer. It is very important to remain active, not giving up and connecting with others despite the constraints in my daily life. If I stay at home all the time, my body will start to stiffen very fast. I also met again some friends who have Parkinson’s as well now. It is very good to know that there are many places to interact and one is not alone with the disease.